It was dark out, but inside the party was in full swing.  Quietly, with just a hint of squeak, the back door opened and the silhouette of a young man appeared.  Looking over his shoulder to see if his mother was watching, he quickly stepped into the night, pulling the door slowly closed behind him.  The house was full of family – stories were being swapped and endless chatter ensued, but the boy was bored, so away he went.  He soon found himself behind the shed where a few old jugs sat cradled in the weeds. 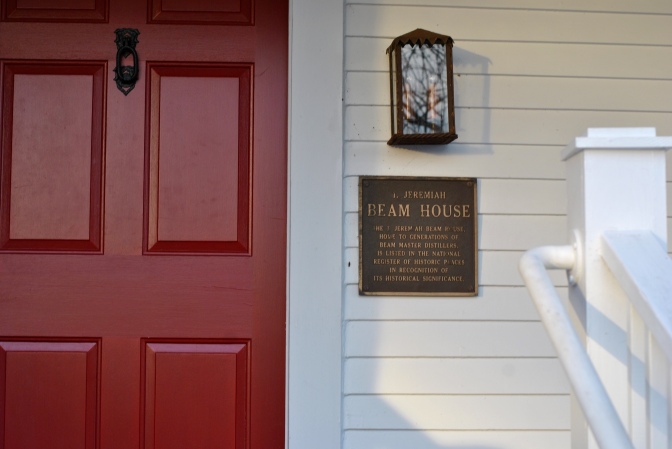 He identified them at once – they were remnants of his granddaddy’s business – before the law shut him down and the dark days of Prohibition had begun.  Here they lay, forgotten and scattered in the grass.  In the moonlight he could just make out the labeling – “Old Tub.”  Picking one up, he sloshed it about and heard it – the remote sound of liquid inside.  Turning the jug up, he quickly felt the trickle across his tongue. Fire burned all the way down his throat as he swallowed.  He could hardly breathe, coughing, sputtering, and spitting, and in general, making all kinds of choking sounds, he dropped the jug and ran.  He would never do that again he thought.  Little did the boy know…fate had just introduced itself. 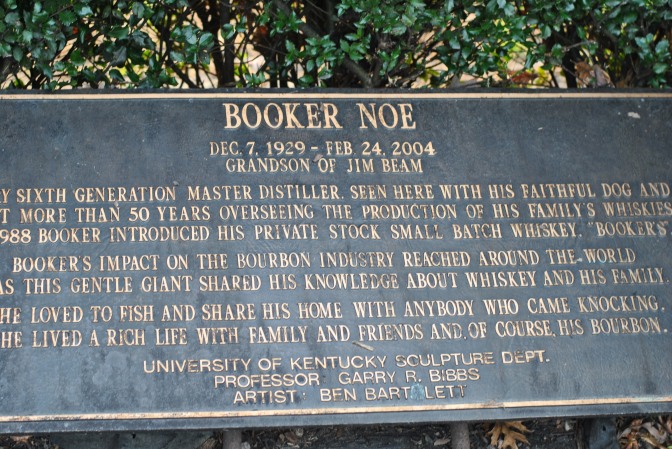 That little boy was Booker Noe, grandson of Jim Beam. Booker would grow up to become a sixth generation master distiller in the family business. What had begun back in 1795, when a German immigrant came west and started messing around with excess from a bumper crop of corn, has grown into the top selling bourbon in the world.  To this day, the yeast colony used to make the family recipe is closely guarded and passed down from father to son.  The current master distiller, Fred Bean (Booker’s son), keeps a jar of it in his home fridge…just like his great-grandfather and father before him – just in case. 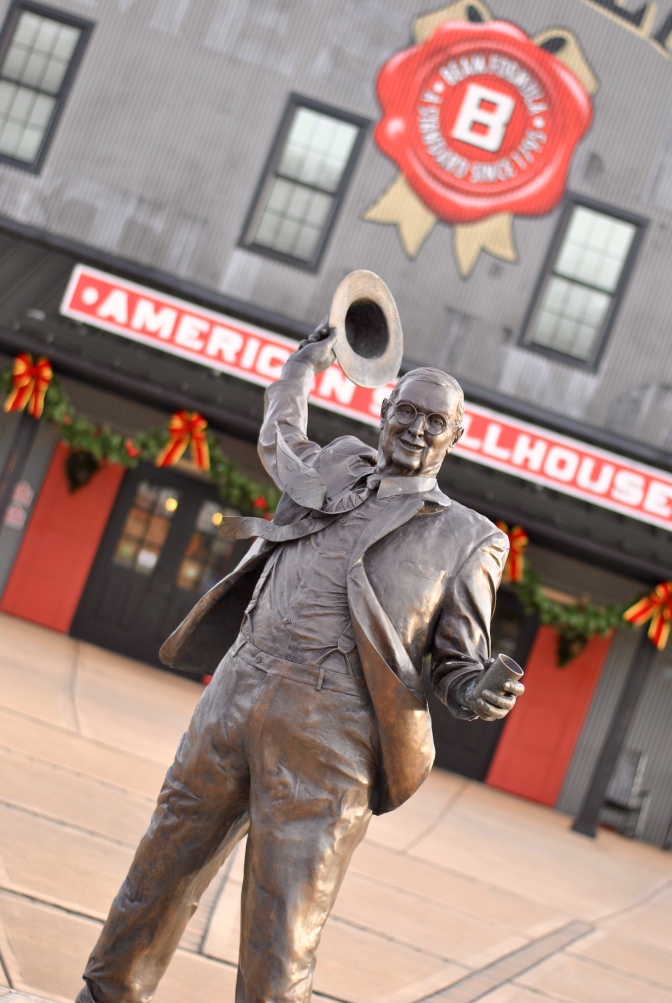 Bourbon is a whiskey, but whiskey cannot be a bourbon without jumping through a few hoops.  Strictly speaking, whiskey becomes bourbon when it has 51% or more corn in the mash. It also cannot have anything but water added and must be stored in new charred oak barrels, amongst other things.  Bourbon whiskey is made in America, Scotch whisky is made in Scotland. Confused yet?

Perhaps because of this distinction between the two, bourbon is a serious business in the hills of Kentucky – as much today as 200 years ago.  To this day hearing stories of hidden copper stills in back hollows on distant creeks evokes the romance of rebellion. Even though bourbon is now made out in the open, there is a lure of legend that still surrounds its creation that makes it feel a little bit dangerous. This mystique draws tourists like homing pigeons to the Kentucky Bourbon Trail to this day. Each distillery has its own story and calling card, but Jim Beam stands alone as being the most well known.

Being on top didn’t come without a price. Back in the days of Prohibition, Beam didn’t go underground and continue selling in violation of the laws. The doors were shut and barred and the waiting game began.  When Prohibition ended almost thirteen years later, Jim Beam had started and failed two other ventures. Once the law changed though, it only took him one hundred and twenty days to have the distillery back in business.

Beam has come a long way from the days when folks nearby would come to the family distillery to fill their own jugs. This “native spirit” of America, made by an immigrant in the sacred hollows of a wilderness frontier, has grown to become the best selling bourbon in the world.  A distinction made a bit sweeter by the fact that the same family is still doing the brewing…even after all these years.