It was the last day of a year that had almost killed her.  Now standing on a wooden dock, her cloak gathered around her, she remembered how quickly the fever came on.  Before his eyes closed for the last time, they had taken on the yellow of the marsh grasses.  She knew then, although she didn’t want to accept it, that his chance of recovery was small.  She couldn’t accept it as she couldn’t imagine living in a world without him.  As the days passed and his tiny body was wrecked first by vile coughing and later by convulsions, she felt herself dying along with him.

Six months had passed since they had laid her ten year old son and only child in the ground.  She’d named him for her father, the person she was closest to in the world.  But he wasn’t here.  He’d fled to Europe some four years ago, back when his namesake was only six and the world seemed wide open to him.  So much had changed since then – all those dreams were now gone, despite her husband being recently elected to the governorship of South Carolina.

She’d never really wanted to come to this place, but she was persuaded by her love of Joseph, the man she had met and married in Albany.  Although educated at Princeton, he was from a family of wealthy rice planters in South Carolina.  Not long after their marriage, they boarded a ship and sailed south to Georgetown and then upriver to The Oaks – the place that would isolate her from all that was familiar. 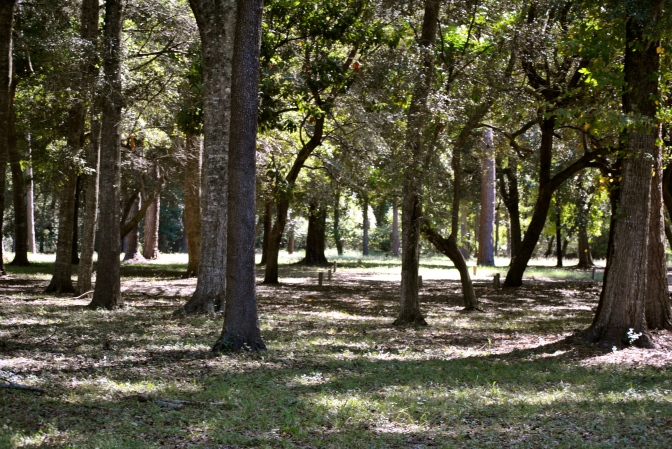 When she’d had her son she almost died in childbirth.  The damage was beyond repair, but she lived. Knowing she would never bear another child, she and Joseph lavished all their attentions on young Gampy – a pet name given to her son Aaron by his namesake.  Despite the isolation of the plantation and the endless heat, they’d made a home out of the swamps…and she was happy, for a time.  They prospered despite her bouts of illness, brought on by the damage her body had suffered during childbirth.

The Oaks was just off the Waccamaw River.  It was a two story modest home, surrounded by the tidal rice fields that provided their wealth.  Wide porches provided some relief from the heat as they funneled any slight breeze through the house.  Summers were always dreaded, not only for the heat, but for the illness that seemed to rise out of the lowland swamps.  Every year she would move into fall, thanking God that her family had been spared when others weren’t so lucky.

Perhaps most difficult of all, this God-forsaken place kept her from her father, her rock.   His political aspirations had led him all the way to the White House when he became Vice President under Thomas Jefferson, but good things cannot be sustained indefinitely.  A quarrel with political rival Alexander Hamilton that ended inexplicably with Hamilton’s death, destroyed her father’s reputation. He’d fled west to start anew, but was accused of treason.  After being acquitted he fled to Europe until the scandal died down.

After Gampy died this past summer, she felt herself sinking into a depression so low that she felt like the swamp around her was swallowing her whole.  Joseph had helped her to arrange passage to New York where she could recover and be reunited with her father, recently arrived back from Europe.  As a result, she now found herself standing on the small docks of Georgetown, waiting to board a small schooner.  The Patriot had arrived a day or so before and was preparing to return north.  Despite the dangers of travel during this time of year and her own precarious health, she was determined to make the journey.  With any luck, they’d be there in a week or so.

Theodosia Burr Alston walked up the wooden ramp onto the schooner, briefly looking back at the place that had been her home for a decade. She would never see it again.  The ship set sail from Georgetown, but never arrived in New York, leaving both her father and husband devastated with loss.  Joseph would die four years later, reduced to a shell of his former self by the loss of both his wife and only child within six months of each other.

The mystery of what happened to Theodosia Burr Alston was never solved despite many rumors over the years. Perhaps the ship sank. There were documented storms in early January off the coast of the Outer Banks.  Perhaps they were attacked by pirates – probably unlikely since the War of 1812 was underway and British ships were all up and down the East Coast.  Despite death bed confessions by former wreckers and pirates, none of these stories has ever been verified.

It is possible the ship was lost in a storm.  Many years later, a doctor was called to the home of a fisherman on Nags Head, North Carolina.  He received payment in the form of a painting for treating the fisherman’s wife.  It is said that the portrait is of Theodosia and was recovered from a ship wreck in Nags Head many years before.  Despite a likeness to Theodosia, it has never definitively been identified as her.

To his dying day, her father, Aaron Burr always maintained she died at sea: “She is dead. She perished in the miserable little pilot boat in which she left. Were she alive, all the prisons in the world could not keep her from her father.”

Cover photo is a reflection of the gate on the Alston Cemetery.  It is over 200 years old and was made by a slave on the plantation whose identity is unknown, but whose initials are on the gate.