There is a place in New York City where you can view the stars as a god would, drink a cocktail from another era, and play a round of tennis, all before dinner….and believe it or not, it is smack dab in the middle of the city.  Yep, you guessed it – Grand Central Terminal, better known by all as Grand Central Station.

As you are carried from the street through the glass doors by the flow of human traffic, your eyes are immediately brought upward.  Above the entrance is a Tiffany clock that is thirteen feet in diameter.  Surrounded by stone gods that were the design of a French artist, it is a fitting gateway into the glories awaiting as you step inside. 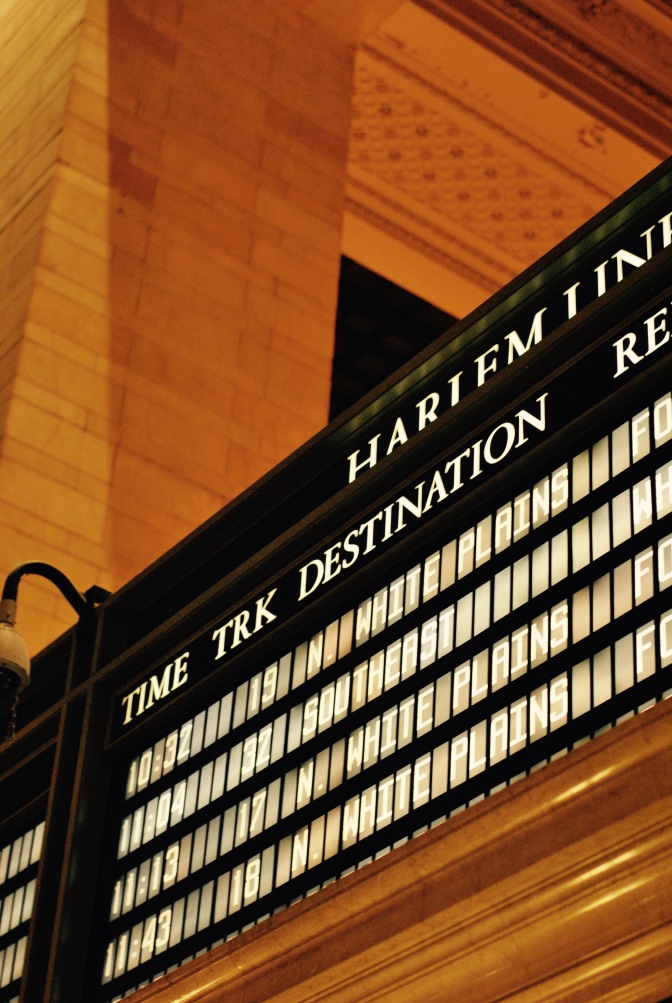 After clearing the double entrance doors, you pass through a waiting room dripping with chandeliers, into the Main Concourse. Built in 1913 to replace an earlier structure, today’s Grand Central Terminal is a master class in how to marry high-end elegance with the most practical and innovative functionality known at the time of its construction.  The original building, built in 1871 was the drop-off point for the main lines of steam trains bringing passengers to the city from all directions. 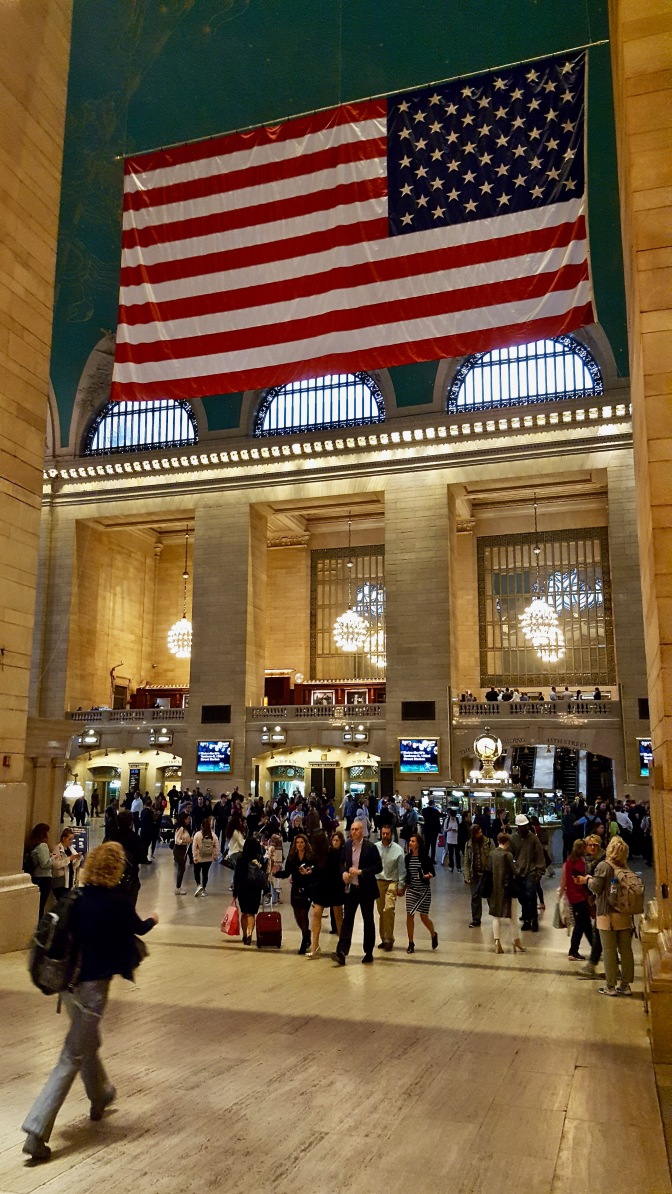 At the time it was built, there was still open land surrounding it – none of the shoulder to shoulder buildings seen today.  The trains were not allowed to take passengers all the way downtown due to the pollution they spewed.  Passengers could only go as far as 42nd street before they had to leave the train and take alternate transportation the rest of the way.  Despite an expansion in 1901 that doubled the size of the building, people kept coming.  Finally in 1902, after a collision of two passenger trains, all steam trains were banned from the entire city, not just from 42nd street down.

Something had to be done.

Today, as you walk into the Main Concourse, you see above you a domed ceiling that is meant to represent the night sky.  Painted in gold are the figures of the zodiac.  Some claim that the zodiac is presented backwards, but the builders of this grand space claim it was intentional.  For you see, they wanted to provide a view of the zodiac from a divine perspective, not from that of a human being.  Who knows if this is true or it is one of the cleverest cover stories ever told. 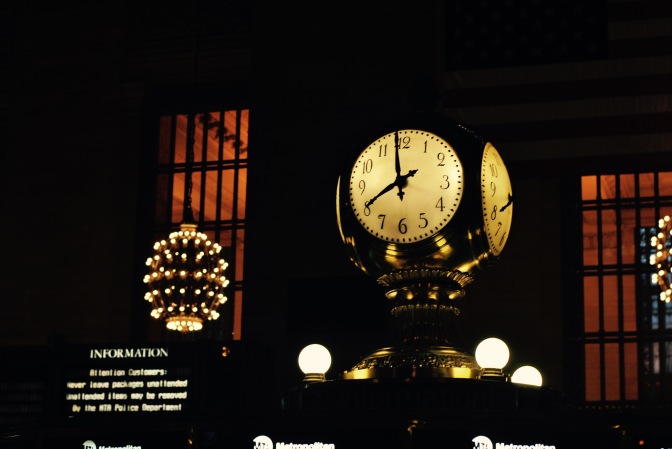 The painted azure of the ceiling gives way to stone walls and Tennessee marble floors. All around are ornamental details designed by a Parisian artist.  The acorns and oak leaves seen on the chandeliers and elsewhere are a nod to the Vanderbilt family, for this structure and the railroad it supports, are their monuments to progress and the entrepreneurial spirit.

Far below your feet are tunnels. In fact, the latest tunnels being dug for the Long Island Railroad, will be the deepest tunnels on earth – roughly 150 feet below the street – and will run eight miles.  The ingenuity behind Grand Central’s track layout is fascinating.  Trains can use crossovers to access any platform from any track.  Continuous looping tracks allow for a train to drop off and pickup without ever having to turn around.  And all of this runs silently below Park Avenue and other surrounding streets, without anyone being the wiser. 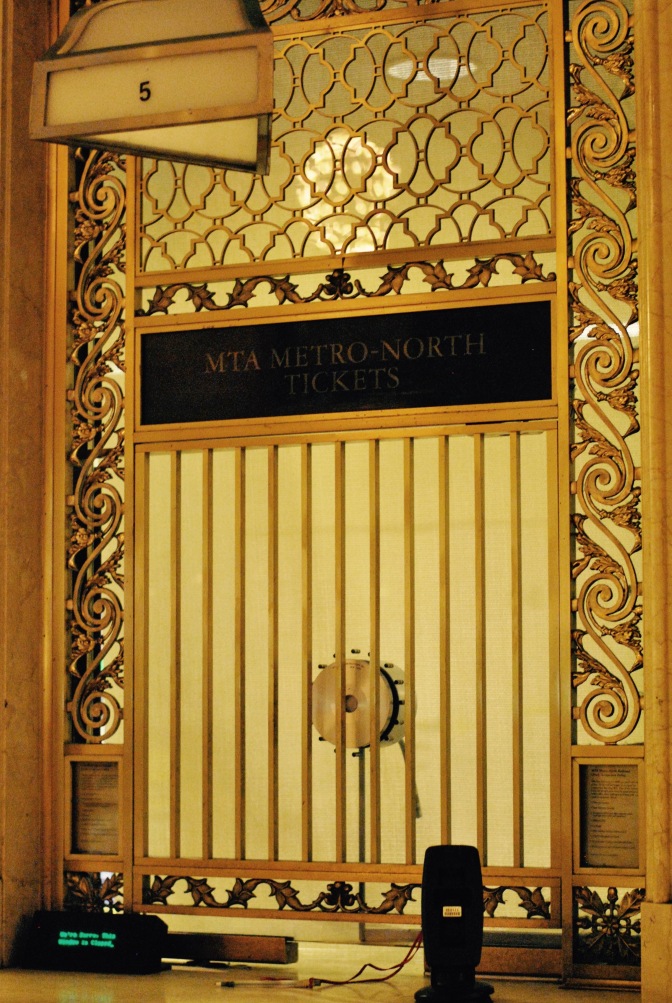 Walking through the perimeter of the Main Concourse, you see ramps going this way and that…leading passengers in all directions to various platforms.  Walking one of these ramps, it is amazing to think that they too were designed for perfection.  The builders studied the gait of various types of passengers (fat, thin, men, women, women with babies, etc.) to work out the ideal slope of the ramps.  In addition, some areas of the ceiling allow you to whisper on one side of the room and someone standing on the other side can hear you as clear as if you were standing right next to them.  The acoustics are perfection.

Not only can you take a journey to practically every main borough in New York City, there are restaurants, bars, shops, and even a tennis court on hand while you wait for your train’s departure. No corner was cut, no extravagance spared, no detail left to chance in this magnificent building that to this day, is the symbol of the best of American ingenuity and progress.

So who cares if this is the busiest train station in the US…there is so much to do, you won’t even notice. 😉