The two men sat huddled in the old house.  Outside the wind howled and the trees groaned as their branches were forced back and forth in the strongest gusts.  The sound of the wind coming down the fireplace chimneys added an additional level of spookiness, along with the darkness caused by the torrential rainfall.  It was September 1989 and Hurricane Hugo had arrived to the South Carolina lowcountry.

The two men, caretakers of Drayton Hall Plantation, had decided to take provisions and hunker down inside the walls of the old house.  After all, it is the only plantation house in this area to survive, intact, both the Revolutionary War and the Civil War.  This gave them some confidence that it would weather yet another storm, even one as strong as Hugo.

Built in the 18th century, Drayton Hall sits on the Ashley River about thirteen miles from downtown Charleston, South Carolina.   The land on which it sits was purchased by John Drayton in the 1730’s.  The fact that makes this property unique is that it has never been “improved” by modern standards.  It has no air conditioning, no running water, no indoor bathrooms, and no electricity. 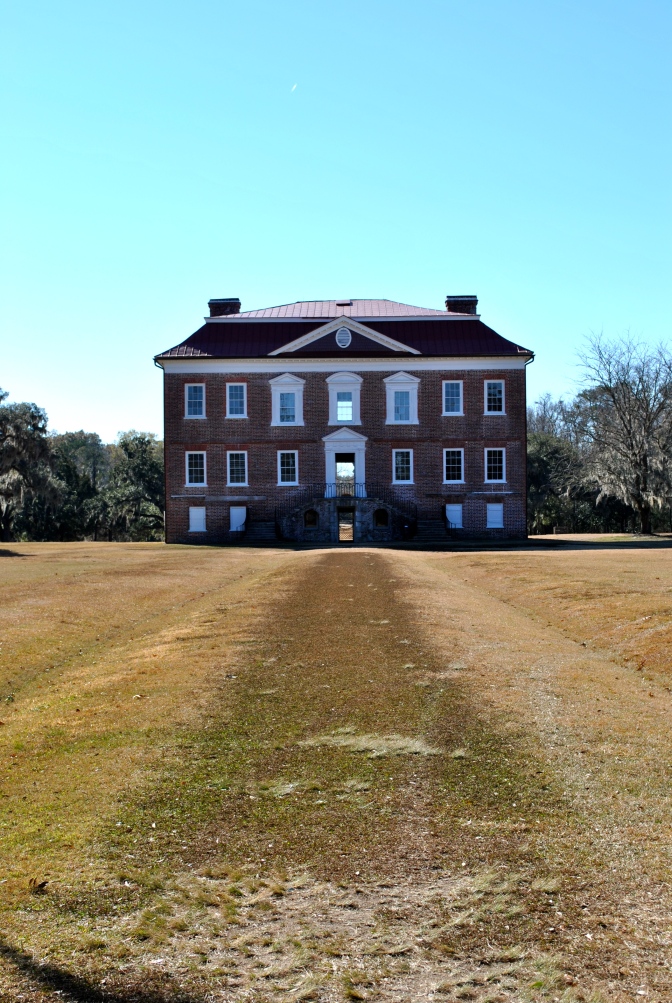 The Drayton family arrived in South Carolina in 1679.  They had traveled from Barbados on the ship Mary.  The family patriarch, Thomas Drayton, would build nearby Magnolia Plantation, but it was his youngest son John, who built Drayton and made it his home.  John would have multiple wives, outliving all but his last, Rebecca, who became a widow with two young children in 1779.  The family had fled Drayton as the British arrived and John died of a seizure as they tried to cross the river.  He was buried in an unmarked grave.  Rebecca would return to run Drayton while the British made it their headquarters.  At one time up to eight thousand troops were camped near the house and both Clinton and Cornwallis were amongst them. 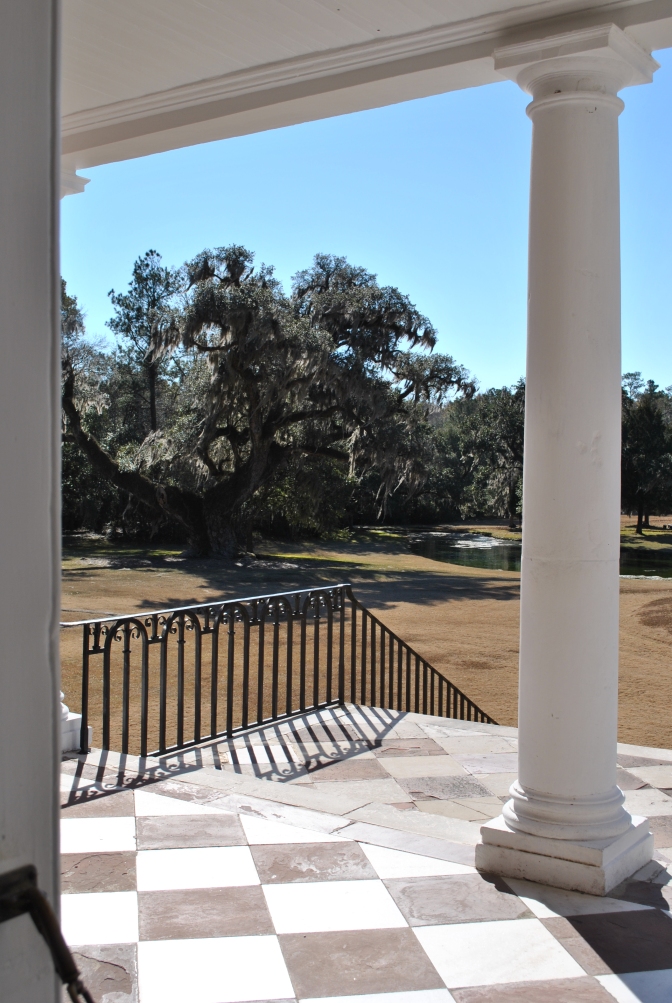 After the British came the Americas, who also would make Drayton their base camp after driving out the enemy.  Through it all, Rebecca continued raising her children and maintaining the family business that her husband had started.  She would never remarry and spend the rest of her life growing quite a substantial real estate portfolio – an unusual activity for a woman of the late 18th and early 19th centuries. 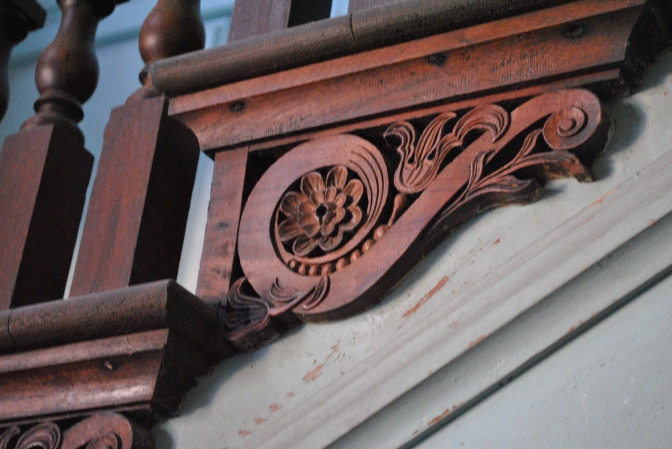 The house was revisited by war again in the 1860’s when Union troops arrived.  Although many other nearby homes would burn under the Yankee torch (including Magnolia Plantation), Drayton was spared, most likely because it was serving as a small pox hospital at the time.

The last resident was Charlotta Drayton and she resided on the property up until the 1960’s when it was turned over to the National Trust for Historic Preservation.  Per her specifications, the interior was never updated or improved.  No furniture sits in the rooms as the intent is to reflect the house’s full history, not just one moment in time.  Its architectural detail is allowed to shine through without any ornamentation distractions. 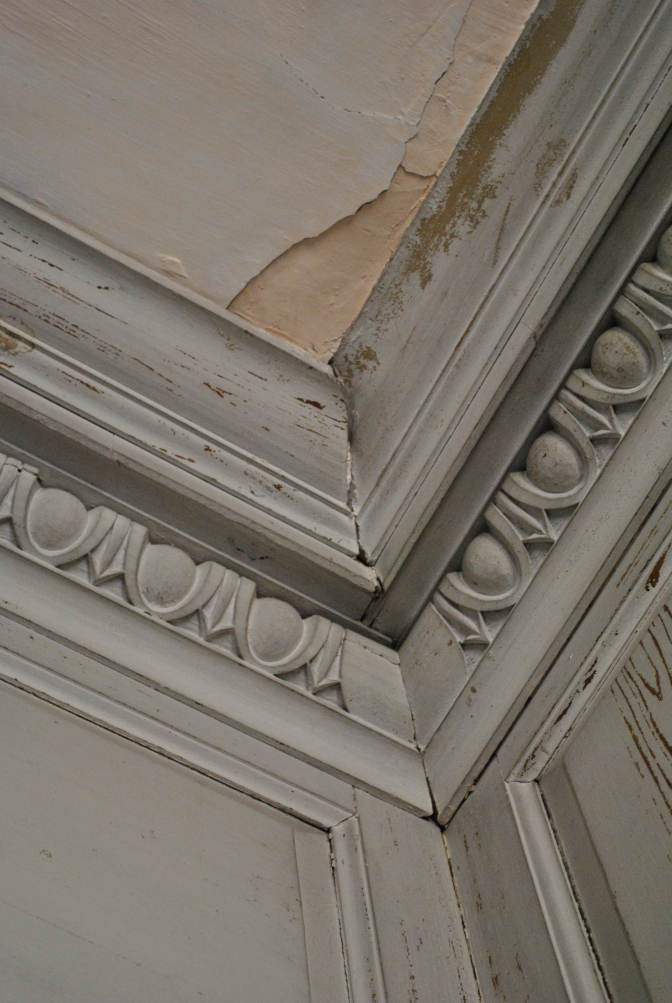 Despite the thousands of visitors who tour the property in a single year, it never seems to feel crowded.  The scratches and dents on the interior give it an authenticity that isn’t found in other old homes that have gone through a restoration process.  Drayton feels lived in.  Real. In fact, you can still see hand written measurements marking the growth spurts of generations of family members on the wall.  The old hidden staircase used by servants to move from one level of the house to the other is also still present.  Some say it once led to a room where William Henry Drayton, a particularly hot-headed member of the family, would be locked up when drink caused him to become a bit too passionate with patriotic fever during the late 18th century. 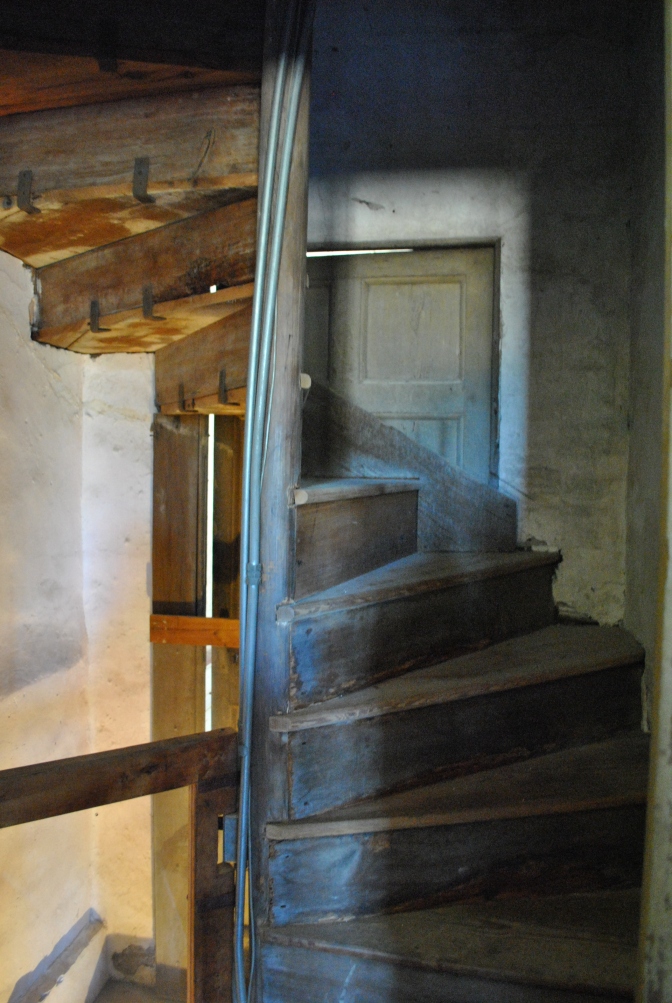 The basement, with its flagstone floors, was at one time the kitchen.  Meals were sometimes taken in this part of the house because it stayed very cool year round. To this day it is a welcome relief to step inside its coolness on a hot summer day. 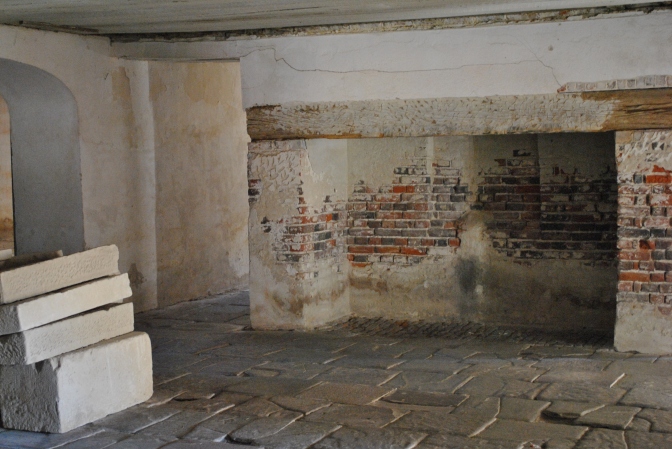 If these walls could talk, they would tell the story of America and how one family made their mark in this new land, a mark that lasted for over 300 years.  Today Drayton Hall is a fascinating place to spend the day if you want to get out of the tourist clogged streets of Charleston.  Take time to stroll the grounds as well as visit the house.  Walk down to the river and catch the refreshing breeze coming off the marsh.  As you turn to walk back to the house, stop and appreciate the view of a survivor.  Through war, sickness, hurricanes, and earthquakes, it remains a true symbol of American ingenuity and grace.

May it continue to stand proud on the shores of the Ashley long after we are gone.

All unmarked photos are by the author.