When the Old Exchange broke ground in 1767, Charleston was a very different place.  Today the building sites almost two blocks off the Charleston Harbor, but in those early days it sat atop a half moon battery that jutted out into the harbor near the docks.  Even today if you explore the basement of the building, you can see the remains of the old half moon battery, now sitting in dry dock as the city has expanded around it.

In the eighteenth century the Charleston docks could see as many as 300 tall ships in harbor at any one time. Ships from all over the world arrived daily, bringing goods for a burgeoning population. Those migrating from Europe under the promise of free land flooded into the city before heading into the wilderness to claim their new home.  All of this activity took place under the watchful eye of the Old Exchange.

In fact, it was this busy trade that provided the means to build the Old Exchange. Sixty thousand pounds were raised via the taxation of “luxury goods” and two masons were employed to build the structure.  The plan chosen called for two full floors above a full functional basement. The walls are made of sixty tons of stone and slate imported from England.   It replaced an earlier building that had stood on the same site and served as a guard house. Four years after ground broke on the construction, the Old Exchange opened its doors for business.

It became a hub for all sorts of financial and commercial activity.  It was a precursor to today’s stock exchange in some respects. Men would meet in the public halls to promote trade and negotiated transactions concerning rice, indigo, and slaves. The basement also served as a storage hold for tea ceased during the 1773 Tea Act.  During the Siege of Charleston in the Revolutionary War almost 100K pounds of gunpowder was stored by the Patriots holding the city.  After the city’s fall to the British, the building would serve as their headquarters, as well as a dungeon. In fact, American Colonel Issac Hayne was imprisoned here before being marched to his execution. 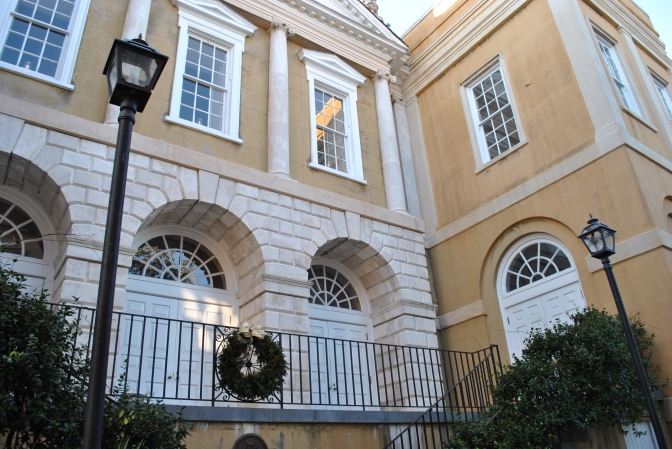 The Constitution was actually ratified during a convention held in the main room of the top floor.  When George Washington toured the southern colonies after becoming the first President, he attended dances at the Old Exchange. Imagine the scene of twinkling candlelight casting a glow over the room as people danced the night away, joyful due to the promise inherit in a new country’s future. Today the upper floor is beautifully preserved and provides a wonderful view through rippled glass panes down Broad Street to the white wedding cake spire of Saint Michael’s Church. 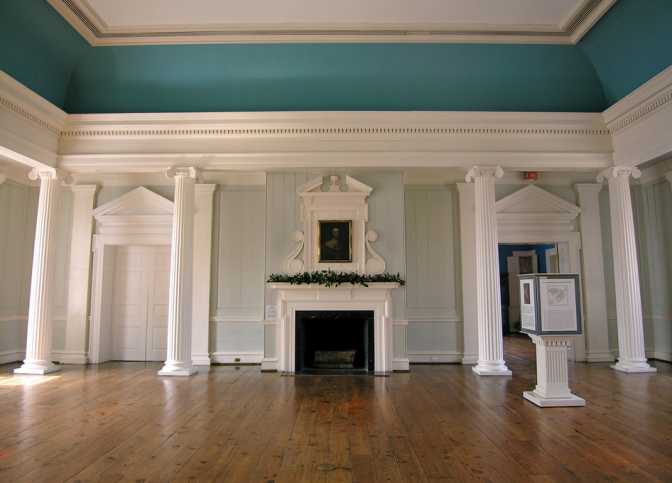 About seventy years later, shots were fired off the nearby Battery towards Fort Sumter to open the Civil War. The old building again watched as South Carolina seceded from a Union.  You can almost imagine the jubilant sounds of people singing Dixie in the streets, as new flags unfurled and bands played. At the war’s end, when Charleston was a shell of its former self, the Old Exchange still stood, shaken, but standing tall.  It would see the city rise from the ashes of war and reconstruction to become a shining jewel once again.

Over the years the old building would constantly be repurposed, but it has survived centuries of war, earthquakes, hurricanes, and whatever else man or nature has thrown into the mix.  Today it is a shrine to those early days of Charleston history when a country was young and hopes were high.

May it forever stand as a shining reminder of all that has passed, as well as all that is yet to be.