Walking around the streets of old Mobile, you definitely get a sense of the European influence left behind from when this port city was not American.  It’s like a smaller, cleaner version of New Orleans.  And it was here, not in New Orleans, where the first Mardi Gras was celebrated in the New World.

Sitting near where the Mobile River dumps into the bay, the city of Mobile began life as part of New France in 1702.  Although the Spanish were the first Europeans to explore the area, it was the French who established the first outpost here.  Between 1702 and 1813, when Mobile officially became part of the Mississippi Territory, the French, Spanish and English had all made their mark on this part of the world.

Even today, Gulf Coast cities like New Orleans and Mobile are much different from the rest of the south because of the Spanish and French influence.  For example, Roman Catholicism comprises 3.8% of the population in the 28 counties that make up the southern part of Alabama (covers 22 million square miles and contains a total population of 1.78 million people).  Conversely, the 39 counties that comprise the northern part of the state  (covering 28 million square miles and containing a total of 3 million people) are only 3.5% Catholic.  The diocese of Mobile is much older as well.

In 1703, the Bishop of Quebec established the first church congregation of any faith in New France.  Housed on the same spot today, the Cathedral Basilica of the Immaculate Conception’s current building was begun in 1835 and is the third building on this site.  Although still an active Roman Catholic church, as you look up above the massive columns supporting the front portico, you can see vegetation growing from the bricks – a sign of the building’s age.

The church looks out on Cathedral Square, a site that was once part of Campo Santo, an 18th century Catholic cemetery.  Although most graves were moved to make way for progress, some were still being unearthed as recently as the late 19th and early 20th century.  During the festive Mardi Gras season leading up to Ash Wednesday, you’ll find this square full of visitors, musicians, and performers. 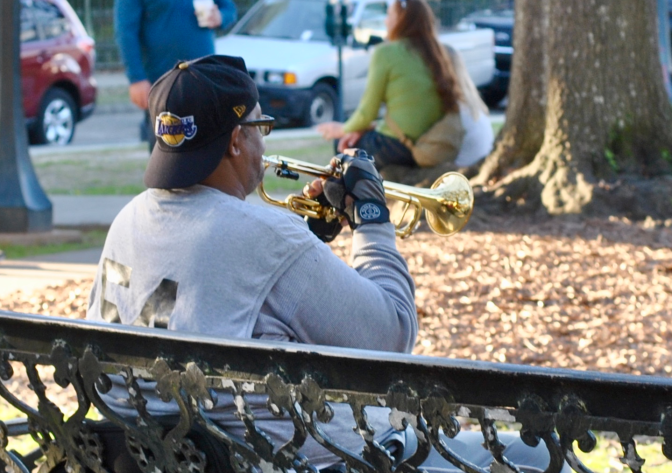 During the days of Mardi Gras, Dauphin Street is ground zero for parades and all sorts of revelry.  Most of the buildings date from the 19th century and are beautiful in their own right, but during Mardi Gras, gold, purple and green is added to their ornate balconies to give them some extra shine. 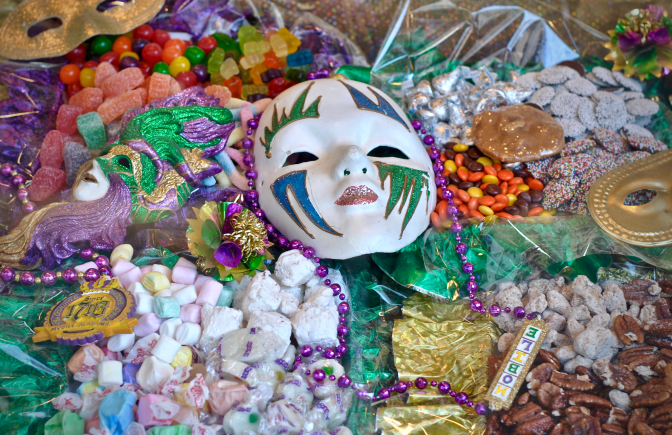 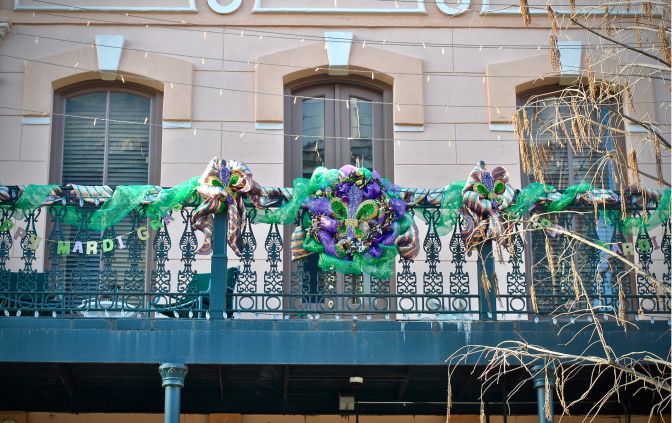 Each time a parade comes through, the streets are closed off and the party begins.  Beads, candy, plastic cups, and countless other items are thrown into the crowds as the parade floats pass by.  When it is over, the streets are littered with debris. 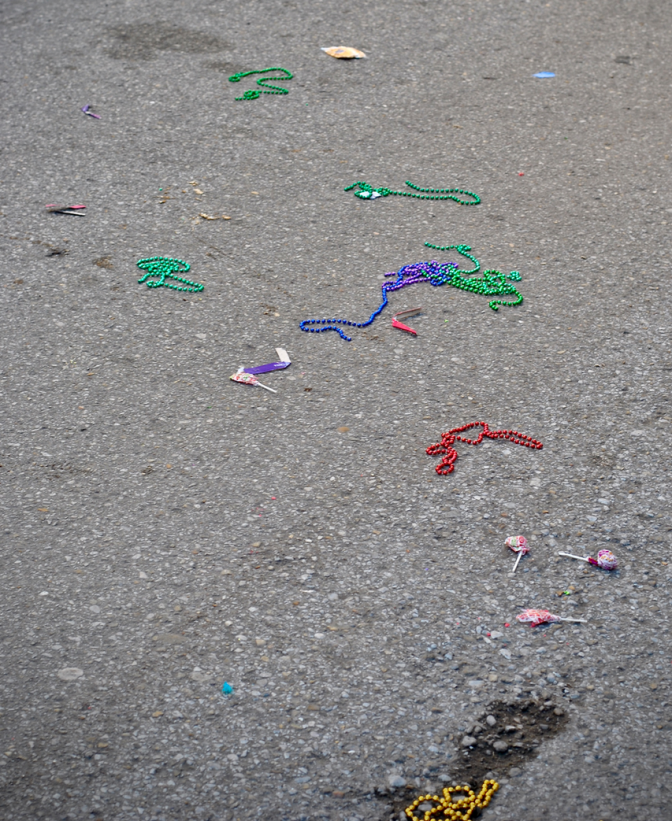 Unlike in New Orleans, this is more a family affair. You’ll see moms with strollers and dads with toddlers on their shoulders more so than drunk teenagers shouting “Mister, throw me somethin'” as they pull up their shirts and flash the crowd.  Things are a bit calmer and less insane in Mobile.  Although the crowds are more manageable and lack the absolute frenzy found in New Orleans, there is fun to be had.  After all this is a celebration founded on a pagan festival.

As the sun begins to set , people gather around the fountain in Bienville Square to watch the decorations light up for another night of celebration. You can smell food wafting through the air as local restaurants cook everything from crab beignets to shrimp and grits.  You hear music as it floats from doors and windows thrown open to catch the subtropical breeze coming off the bay and everything in the world just feels right. 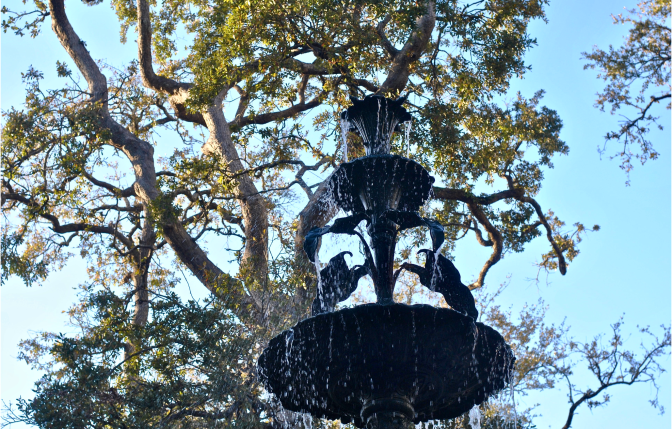 Around midnight the crowds start thinning out and the clean-up begins to the sound of a lone trumpet playing somewhere in the distance.  It is the same scene that has played out here for hundreds of years…and somehow you just know it will continue.