It was a misty, foggy, chilly night in Boston.  It had been raining all day – you know, the kind of rain perfect for drinking a cup of coffee and reading a book or taking a nice long nap.  The Celtics were playing that night and as we ducked inside a pub near the Boston Common, it was obvious everyone was out to have a beer and support the home team.  Green and white were everywhere.  But we were out in the weather for another reason…we had a date with some old crows.

Nearby was the old Orpheum Theatre.  Built in 1852, it is one of the oldest theaters in the United States.  It has been everything from the home of the Boston Symphony to a vaudeville hall over the years. These days it serves as a music venue and tonight we were there to see Old Crow Medicine Show play the tunes from Bob Dylan’s Blonde on Blonde.

We walked in from the damp into a relatively small lobby.  Although it was packed with people buying drinks and souvenirs prior to the start of the show, you could still see what a beauty this place must have been in its prime.  Gold leaf medallions covered chipped plaster walls, but despite the layers of paint, this grand old dame still had life in her yet. 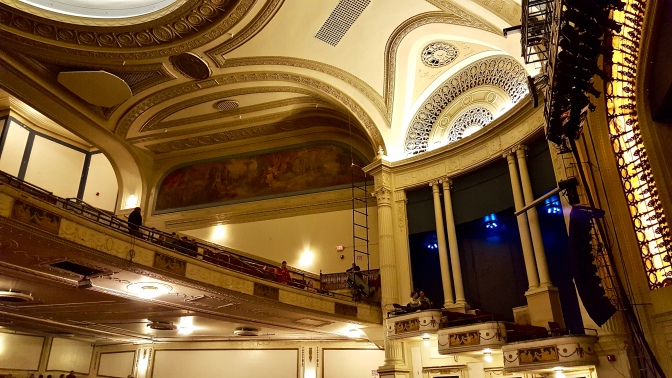 We made our way inside and down to our seats…yes, down.  Our seats were great – right near the stage, but my knees rebelled as I began to fall into the original red upholstered seats as they were practically on the floor.  Just another reminder of the theater’s age. Beyond that, she was a beaut.  And she was packed to the gills with middle aged hippies ready to hear Bob’s songs again.  The beer flowed free and by the time the band marched onto the stage singing about getting stoned, the party was in full swing.

I’ll admit it – I’ve never been a big Bob Dylan fan.  I honestly could never appreciate the brilliant lyrics he sang because I couldn’t understand a thing he said.  Old Crow, huge Dylan fans, put their special spin on the songs and the lyrics sprang to life for me.  Now I know why Dylan won the Nobel Prize…what a storyteller.  Old Crow has their own brand of talent.  It seemed as every member could play like five different instruments AND sing.  We rolled through songs about being stuck in Mobile, pill box hats, and some woman named Johanna. The whole time I was entranced.  I could watch them sing the telephone book and be entertained. 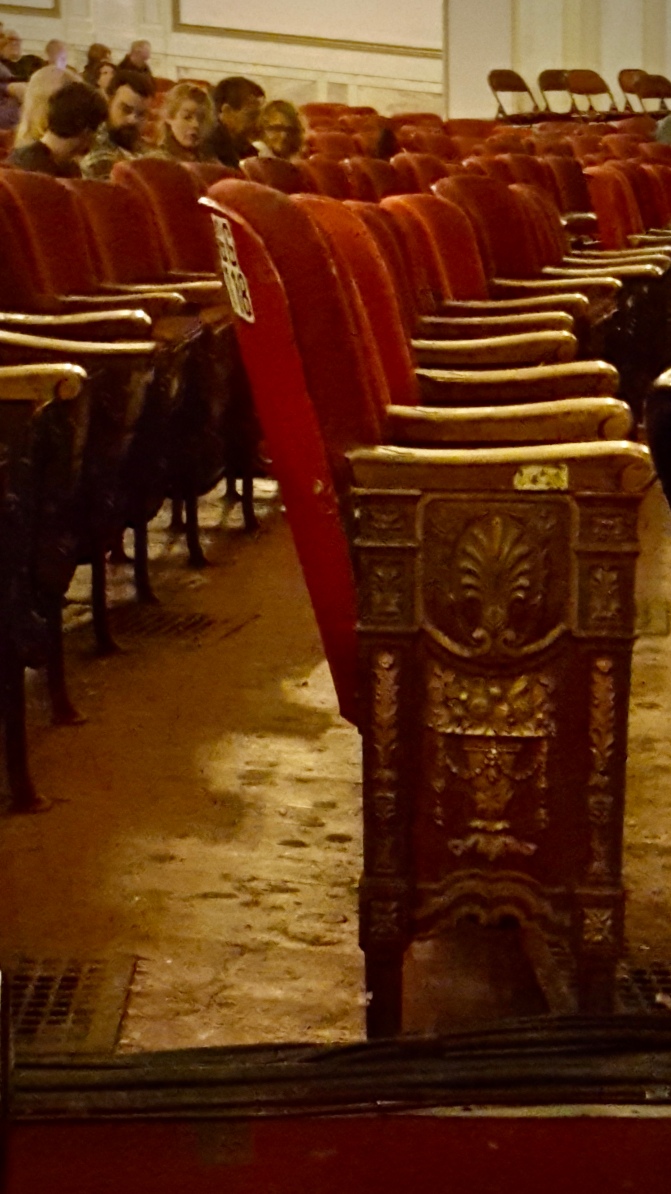 After two encores, one of which was of course Wagon Wheel, we followed the crowd back out into the misty night…still humming…

All photos by author.