The first thing you notice are the creaking wooden floors. Paint hangs in strips in places from the century old beadboard ceiling.  Despite the crowds, if you sit down in one of the wooden rockers next to the huge pot belly stove, you can imagine two old farmers striking up a game of checkers on the worn wooden board.  Instead of red and black plastic game pieces, they use bottlecaps – one player is tops down, the other is tops up. 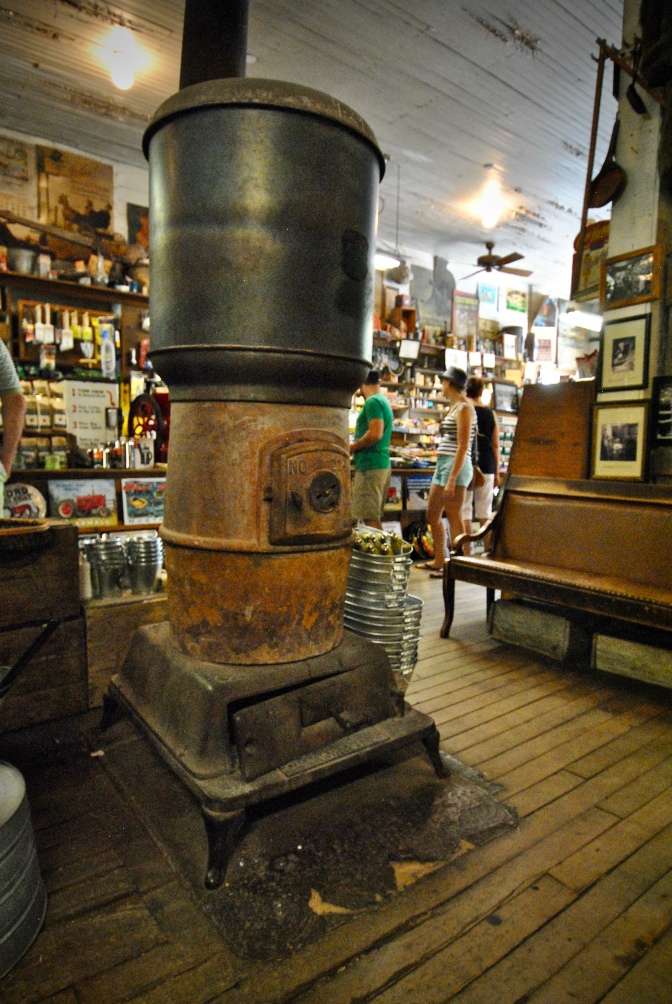 And so it has been, going back over a century.  Begun in the mid 1850’s, today’s Mast General Store still sells everything from cradles to caskets – a one-stop shop for a lifetime of needs.  Located in an area of the Watauga River valley, this spot of earth is beautiful.  High mountains cast shadows onto green meadows below.  First settled in the late 1700’s, Valle Crucis still feels remote today.  A few old houses and barns dot the landscape, but the Watauga still runs as clean and clear as it did when Henry Taylor arrived to the valley in the early 1850’s.  Taylor was brought here with others as land speculation in this part of  North Carolina created a settlement boom.  By the time of the Civil War, Taylor had established a small country store called Taylor & Moore Company.  It sat across the road from the site of the current store. 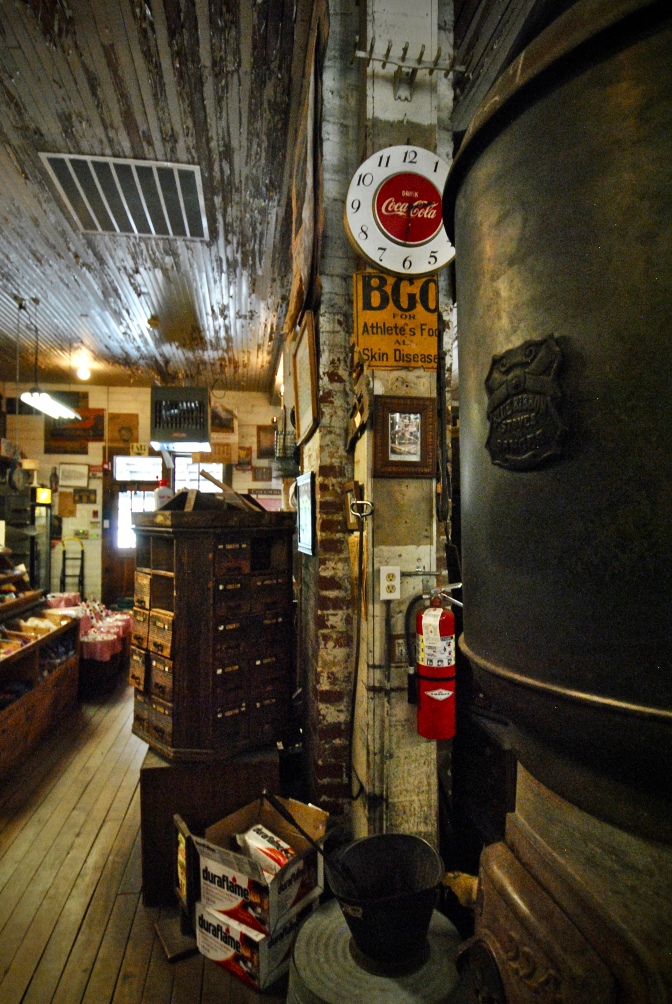 As a need for more supplies and space to sell them from arose, Taylor began constructing a new building.  By the early 1880’s he had finished it.  Henry Taylor would die in 1899, but his son kept the store operating.  In 1913, Taylor’s son sold his remaining interest in the store to one William Wellington Mast.  The name changed to Mast General Store. 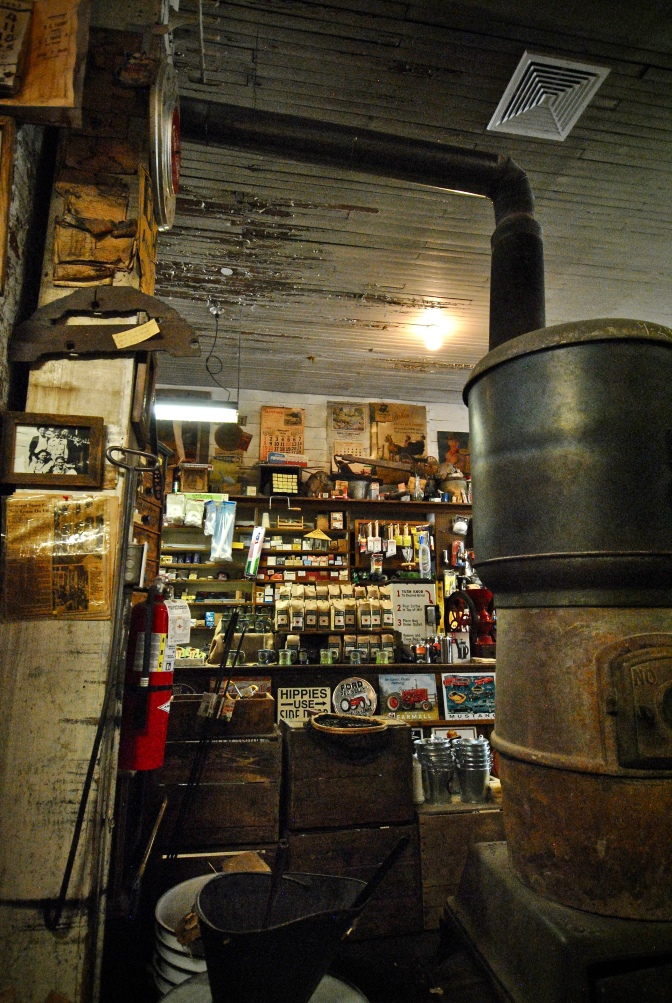 Taylor’s handiwork can still be observed today as you look around the oldest part of the store.  Hand sawed lumber and square head nails, along with old wood and glass merchandise cases make you feel as if you’ve stepped back in time.  All along each wall are shelves spilling over with the necessaries of another time.  Dust collects on items that have been in place for decades, today more for show than purchase.  Although the store has expanded over the years, the original portion still feels like what Taylor’s customers must have known years ago.  Old hat boxes, brown with age share space with wall calendars that still sit in the exact spot in which they were originally placed.

The descendants of W.W. Mast operated the store into the 1970’s when it was sold.  After a brief period of closure and uncertainty, it reopened in 1980.  Today it also houses a working post office and retains its position as the center of the community.

Tourists are now the driving force in the life of the store.  They come from all over and pack the narrow aisles in search of some small treasure of the past.  Old-fashion toys, penny candy, bottle sodas from a metal cooler – all share space with more modern needs such as hiking boots and cooking supplies.  You can purchase a cast iron skillet or a walking stick….and a coffin still stands on display, just in case you need it.  If you’d like a cup of coffee, help yourself.  Paying is on the honor system. 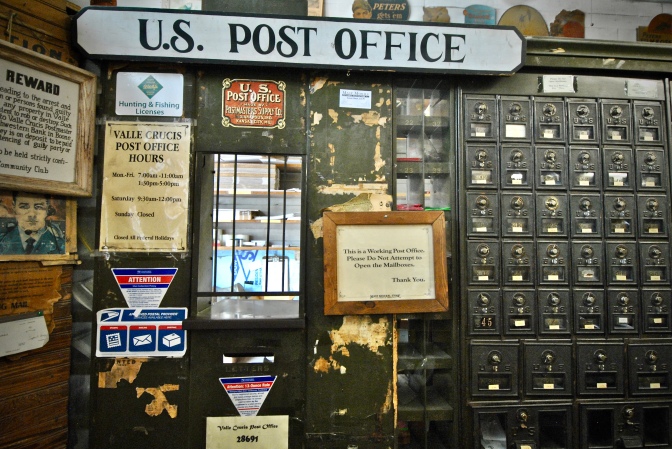 Sit around the old store on a gray winter afternoon.  Notice the old bear skin coat hanging above your head as if the owner just took it off to dry out from a wet snowfall.  In the summertime, sit in a rocker on the back porch with an ice cold bottle drink in your hand.  Stare out over green fields dotted with wildflowers.  Watch the shadows dance and play as the ever changing light casts its glow on the mountains all around.  Notice the mountain breeze stir the trees just slightly, and imagine life as it was when things were simpler.

A way of life that is no longer so easy to find.

All photos by author.