After college, life presented lots of choices for my brother, Colter. These choices came in the form of multiple major league baseball teams. His five years with Auburn had paid off and after seeing him pitch a one hitter in his first college start during his senior year, the New York Yankees made him an offer he couldn’t refuse. So, before he knew it, he was off to Staten Island, New York and his first dose of life in the minor leagues.

Colter had never been north of Virginia. Sure, we’d taken trips as kids through large cities, but we had our parents guiding us and we were just passing through…not staying. He set up home in a small apartment that had a window air conditioning unit, after he picked it up off the floor and installed it. His bed was an air mattress and the neighborhood didn’t feel like home…but the sound in his voice when he called me from the Staten Island ferry as he glimpsed Manhattan for the first time, was magic. Let no one kid you – life in minor league baseball is nothing glamorous. It’s very late nights, sleeping on the floor of a bus, and endless hours of riding the pine, especially for a reliever. Rain or shine, you go to work. But he did get to meet Rudy Giuliani when he came to throw the first pitch at a home game and he did get to visit the site of the Twin Towers soon after 2001.

Colter put his time in at A ball, although short. No sooner had I booked a plane ticket to go visit did he get moved up to double AA and head to Trenton, New Jersey. He found an apartment just outside Philadelphia with some other baseball guys and tried to settle in. Minor league baseball players are sort of an unacknowledged fraternity. They become accustomed to living out of a suitcase and never know where they’ll wake up. They don’t really have a home – they are like modern-day, American nomads who get shuffled from here to there and have to adapt. As a result, they are constantly staying in touch so they can find a place to live on the drop of a dime. One guy may move out as another is transferring in…and so on and so forth. If you must have the security of familiar surroundings, this isn’t the career for you. Colter lived with guys who couldn’t speak English, guys who like to party all night and bring girls home, and family guys like himself. He had to learn to adapt and keep his focus on the game…the lights of Yankee Stadium constantly beckoned.

He wasn’t there long before he was moved again – this time to Columbus, Ohio and AAA – one step from the Bigs. Sometime during his time with Columbus, he was affected by the Rule 5 draft – basically the Yankees didn’t protect him and he was on the open market for any team to snap up. The Boston Red Sox came calling in 2004 and signed him. He headed into Spring Training, this time in Fort Myers, instead of Tampa. He’d been with the Yankees for a while and knew what to expect.

The Red Sox Organization was an unknown environment. He left for Spring Training with shingles – not good for anyone, but especially a professional athlete. Once he got to Ft Myers, he once again settled in and picked up on the much more laid back vibe of the Red Sox. The Yankees had rules about how you dressed and how long your hair could be – he found out the Sox were a little more relaxed and he liked it. Unfortunately for Colter, he had entered Spring Training with the Red Sox team that would win the World Series for the first time since 1918. Guys like Johnny Damon and others would leave little room for a player with no big league experience. Before he knew it, he was headed to Tampa and back to the Yankees. 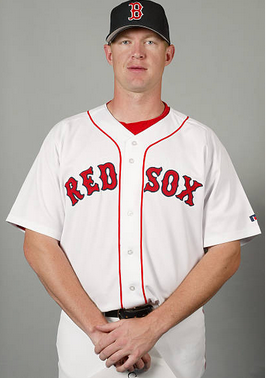 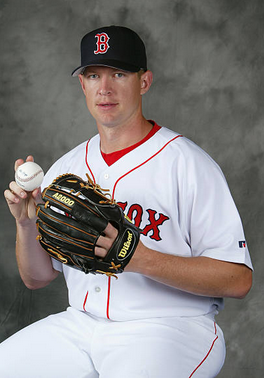 He would spend another year in Columbus, putting up unbelievable numbers. He became one of the Players of the Year and broke a 100-year-old record for the most appearances by one player. He made a name for himself in Columbus. He felt comfortable, like he belonged and it was familiar ground. In the spring of 2005, someone at the Yankee front office finally noticed and he received the call he’d been waiting for…

2 thoughts on “The Unglamorous Life”