River towns are full of dreams because they are always changing. Sitting at the end of Broadway where it meets 1st Avenue is a log stockade.  Dwarfed by the other buildings up and down the surrounding streets, this is where Nashville began.  A group of families arrived by flatboat with dreams of establishing a settlement along the Cumberland River.  Later this same area became the haunt of riverboat men and those traveling up and down the Natchez Trace with visions of trade and prosperity.  A pattern was established and dreamers have been coming here ever since.

Nashville today is layered.  Old buildings have found new purpose and the people keep coming. This can be seen all over the area surrounding lower Broadway. For example, the building that today houses the gift shop of the Hard Rock Cafe was once the Silver Dollar Saloon – a watering hole for riverboat men docking on the Cumberland across the street.  To this day silver dollars remain in the floor of what was once the ballroom.

Nearby, at the end of Broadway, looking out on the Cumberland River, is the old Acme Feed & Seed, for decades the home of the Acme Stock & Poultry Company.  Customers would stop in for all types of poultry, feed, seeds, and other farming supplies.  Before that this Victorian building was the home of a buggy company and a flour warehouse, among other things. Eventually country music became the new hot merchandise in town and the building was reborn as a music venue in the 20th century.

Nearby is Printer’s Alley – today chalk full of theaters and clubs, but named for the world of print publishing that once was located in this area.  Most of the buildings were built in the late 19th and early 20th centuries. Even early on this alley had a role as the service entrance to several saloons. Names like the Southern Turf Saloon and the Climax Saloon operated as early as the 1880’s.

Whiskey companies like George A. Dickel & Company used these saloons as outlets for their product. This is where can-can dancers and prostitutes entertained gamblers. Buildings like the Climax Saloon were multi-level palaces of paradise for the rough and tumble men of Nashville.  There were false walls and hiding places built for escaping police raids. This was once an area that any respectable woman dare not visit.

These days, Printer’s Alley is still full of bars, theaters, and music venues. In fact, famous country singers such as Waylon Jennings, Chet Atkins, and Hank Williams all performed here before they made a name for themselves. Although police raids are probably very rare these days, the alley is still hosting all sorts of performances nightly. 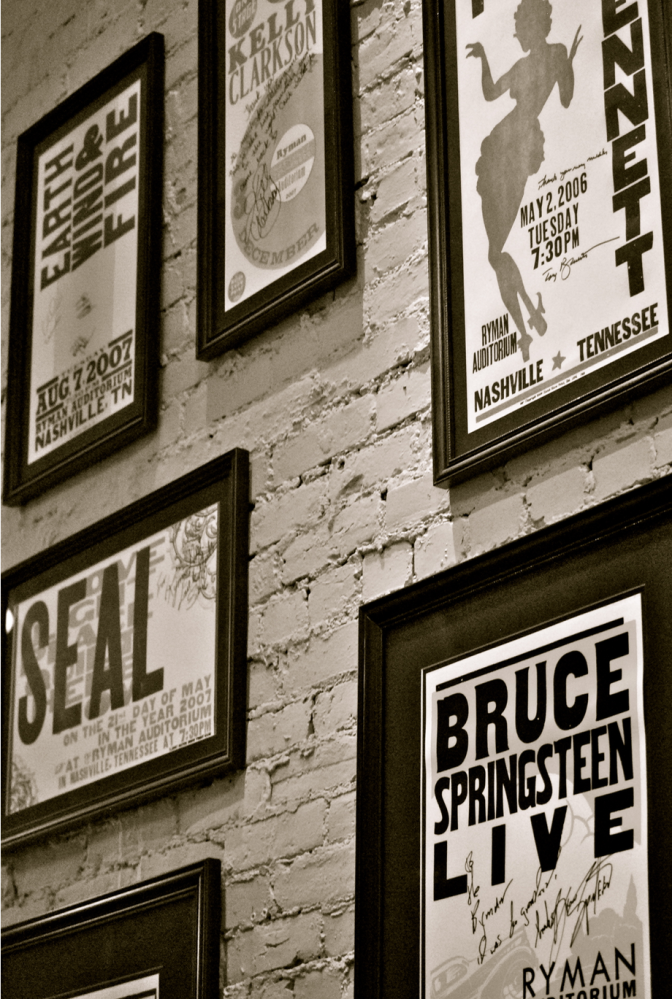 The famous church of country music, the Ryman Auditorium presides over the entire area – like a beacon on the hill that is the pinnacle for all aspiring country singers. It shares an alley with the orchid colored Tootsie’s – supposedly Hank Williams, Jr. would slip out of the Ryman during breaks in performing and slip into the back door of Tootsie’s for a quick drink.  Both Willie Nelson and Patsy Cline also performed at Tootsie’s in their heyday.  In this area of Nashville, anything goes and always has.

Outside of the many bars up and down Broadway are street musicians, playing for their supper or the hope of being invited inside on a stage.  Some are good, most are just getting by, lost in the music and their dreams.  The gulf between making it and not making it is big… and both sides of this crevice can be witnessed by just walking up and down Broadway.  Nashville has always straddled a knife’s edge between seedy and respectable, so nothing much has changed.

It is a unique slice of humanity that is on display in this area of Nashville.  The chance of dreams being realized is tangible in the air.  It is the American dream put to music, in a performance that plays itself out over and over again each night as the sun sets and the glowing lights of Broadway light up. Perhaps that is what the draw is – that chance, however slim, of greatness being obtainable.  Of just one song being heard by the right person – a stroke of luck that could catapult an artist from the streets of lower Broadway into the Ryman. Gamblers are still plentiful in this river town. 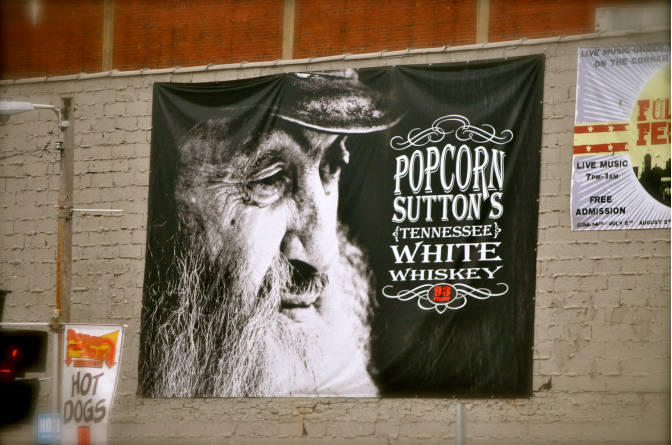 In the meantime, the masses stroll by in their recently purchased cowboy hats and boots, all hoping to run into a Blake Shelton or Carrie Underwood.  Not knowing that the chances of that happening might be actually higher than you think.  Nashville is a place where there is every likelihood that the gods of Olympus will don their moral coils and come out to play with us mere mortals.  It is rich and poor, upstanding and rowdy, all rolled into one place.  The close proximity of these extremes makes it feel like anything could happen.